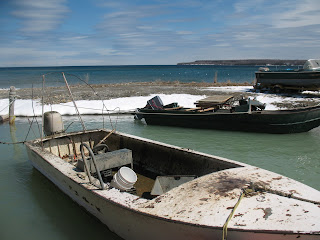 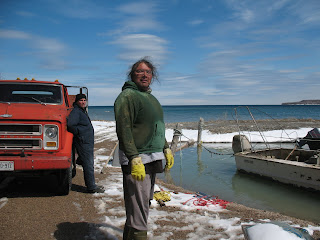 Andrew made it in safely. It was nice when he first went out but about a half hour later it picked up. And really picked up. It was blowing from the west 22km gust to 33 km. Not very safe but he managed. The nets were really dirty and tangled up thanks to earlier in the week and all the wind.

He caught about 3/4's of a fish box. We will prepare it for market tomorrow but there won't be enough to go around. It should be a very quick market for we didn't even have a lot to smoke. We know this is just the time of year and it is what is to be expected. It is hard to be patient though.

Hopefully Friday will be better fishing but Saturday's market looks like it could be cancelled for us this week for we just don't have the stock. We are trying but needs the seasonal temperatures to return.

The pictures of Andrew just getting in and the greenery that covered him and his boat.

Wow! That's customer service! Will be at the market extra early. Thank's Andrew and Natasha. 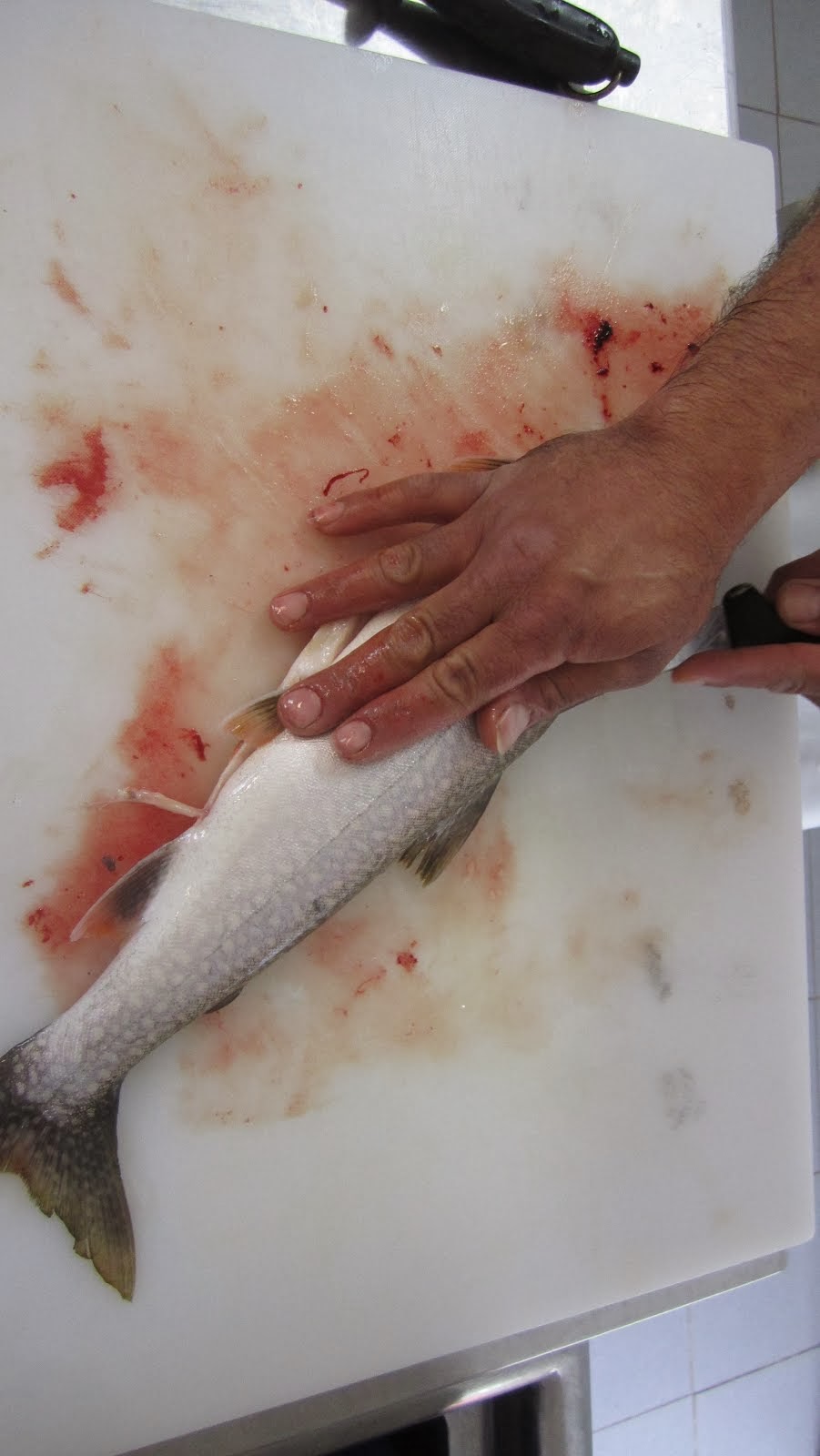